Tavern, gin mill, nightclub, honky tonk, pub, saloon, café, bar. Whatever the nomenclature, a place to meet for a drink has been part of human culture for centuries.
From crowded college pubs with nickel drafts to places that serve good wine in a real glass, a dimly-lit bar can offer one of the most comforting welcomes you'll ever find.
Western New York's every nook and cranny is studded with interesting taverns-some of them have been around for over 150 years, while others opened last month. This month, we take you on a tour of some of our favorites!
Posted by All Things Jennifer at 1:35 PM 1 comment:

Posted by All Things Jennifer at 1:29 PM No comments:

Posted by All Things Jennifer at 1:29 PM No comments:

Girls are not Chicks Coloring Book

Girls are not Chicks Coloring Book.

DING DING DING! Are you kidding?


27 pages of feminist, educational fun! A subversive and playful for for children, and adults, to examine how pervasive gender stereotypes are in every aspect of life. This book helps to deconstruct the homogeneity of gender expression in children's media by showing diverse pictures that reinforce positive gender roles for girls. Girls ate not chicks. Girls are thinkers, creators, fighters, healers and superheroes.

27 pages. Another awesome person in the know.
And I guess this one is sort of *feminist* cute. 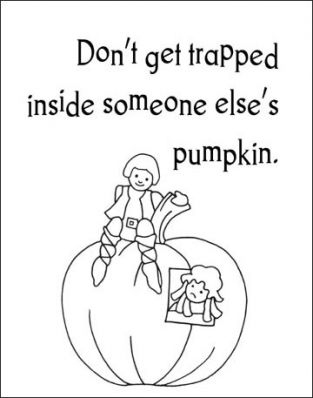 Posted by All Things Jennifer at 5:03 PM No comments:


BECAUSE MEN'S HEALTH IS IN THE KNOW and realizes the power of 27, that's why! :)
Posted by All Things Jennifer at 9:45 AM No comments:

Thomas Herrera-Mishler A new week to begin, with laundry (almost) done, the grass isn't mowed, the house is a wreck, but the garage is almost empty and a car is back inside. Goodwill hauled away 27 boxes of leftovers...

Posted by All Things Jennifer at 9:42 AM No comments:

step 27 is a blood transfusion

step 27 is a blood transfusion

Posted by All Things Jennifer at 9:41 AM No comments:

Posted by All Things Jennifer at 8:28 AM No comments:

Posted by All Things Jennifer at 8:27 AM No comments:

This sign appeared outside my apartment building this week. These signs go up whenever we have someone move in who needs it, but they are never numbered. It's a mystery why this one was numbered, but no surprise that it had this particular number on it.

When on an anniversary trip last year, we dined at a popular chain restaurant. Since there was a long wait, they gave us this to inform us when our turn was up.

27 fan Kyle sent us an impressive list of 27 sightings. I think a couple of them may have been noted, but most of them seem new to me. Thanks, Kyle! Here's his list in its entirety:

Lucky Numbers: the winning lotto number at the end of the movie, the point to which the whole movie builds, is 27!

Elf- when talking in the stairwell of police station, a huge 27 is right behind them

Arrested Development, Season 1, episode Shock and Awe: Hallway scene with heather graham, a huge 27 is behind them

Arrested Development: after the workplace accident, Michael erases the sign in the office that specifies the number of days without an accident at work, which says "27."

The Itallian Job: The amount of the money to be stolen in the heist is 27 million dollars

Date Movie: In the "milkshake" scene, the number on the fire engine clearly displayed in the center is 27

Independence Day: in the area 51 hanger, before they take off to fight the aliens, a big 27 is displayed on the wall behind the conversation.

Hero: the fireman on the ledge, at the critical juncture in the movie, has the number 27 front and center on his hat.

Sum of All Fears: in the opening sequence the nuclear arsenal is said to contain 27,000 nukes

Heroes: season one, episode "Five years in the future": the number 27 is clearly displayed on Mohinder's tag at the very end of the episode

Back to the Future 2: When Marty arrives at his dystopian future home, his mom remarks, "Here we are! Back on the good ol' 27th floor!"

Cellular: it's in this movie two times: the cop says he's been on the force for 27 years, and when the kid takes the phone to cops

Big Lebowski: it's in this movie two times, as well: The Dude is said to have violated 27 of the bowling league's laws, and after the ransom letter scene, they are bowling in lane 27

Chuck: Episode with Rachel Bilson: He goes in to give her flowers at the deli, and she calls out "27!"

Smallville: in one episode, there's a guy with a "27" t-shirt

I Now Pronounce you Chuck and Larry: at the beginning of credits, "E-27"

Dude Where's My Car: The answer to the question "What is the average speed an African ostrich can run?" is said to be 27 mph

Déjà vu: In the finale, there is a shoot out which takes place around and up against a tow truck with the number 27 on its side.

Failure to Launch: In the scene where they finally get together, the one guys notes that he has installed 27 cameras in his room.
Posted by Erinna at 3:30 PM 1 comment:

Posted by All Things Jennifer at 11:48 AM No comments: 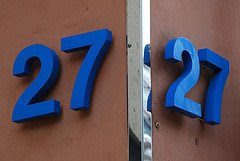